You’re probably familiar with the artichoke hearts that come in a jar – usually quartered, they sit in oil and are often flavoured; garlic, herbs, perhaps some sliced pepper or sun dried tomato. But artichokes in their natural form are also great – as well as being easy to cook, they are super nutritious, so much so that artichoke extract is becoming increasingly common as a supplement.

Although often considered a vegetable, globe artichoke – also known by the names French artichoke and green artichoke in the US – is a variety of a species of thistle that’s cultivated as a food. Native to the Mediterranean region and used for centuries for its medicinal properties, the edible portion of the plant consists of the flower buds before the flowers come into bloom. And it’s not just a generally nutritious plant – artichokes have some very specific health benefits that aren’t found anywhere else. 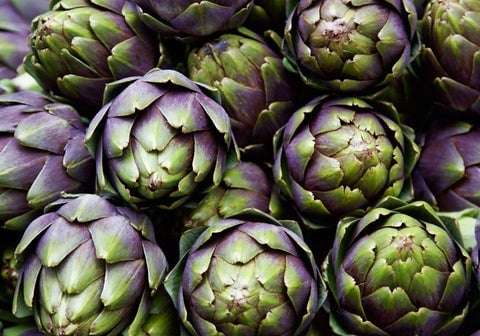 Artichokes are rich in vitamins and minerals. Particularly high in folate and vitamins C and K, they also supply important minerals such as magnesium, phosphorus, potassium, and iron. One medium artichoke (around 128 grams) contains almost 7 grams of fibre, which is 23 to 28% of your Recommended Daily Intake (RDI). There’s also around 4 grams of protein — above average for a plant-based food – and almost no fat. And it’s only 60 calories.

In addition, artichoke extract can also help regulate blood pressure – studies have shown that it promotes the enzyme eNOS, which plays a role in widening blood vessels and can reduced diastolic and systolic blood pressure. 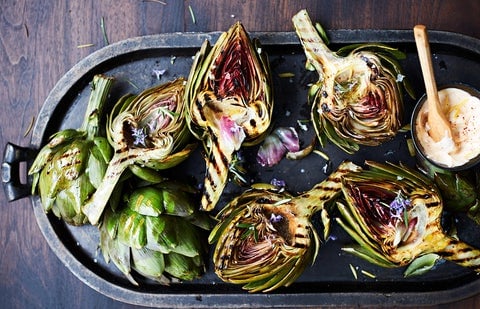 The high fibre content helps keep your digestive system healthy by promoting friendly gut bacteria, reducing the risk of certain bowel cancers, and alleviating constipation and diarrhea. Artichokes contain inulin, a type of fiber which acts as a prebiotic, and adding more to your diet may also provide relief from symptoms of indigestion, such as bloating, nausea, and heartburn.

And artichoke isn’t just good for the gut. Research indicates that adding artichoke to your diet can increase the production of bile, which helps remove harmful toxins from your liver, as well as reduced liver inflammation and improving its efficiency.

But the real reason artichokes are a nutritional gold mine is the high level of antioxidants - artichokes rank among the most antioxidant-rich of all plants and vegetables. They contain an unusual amount of Phytonutrients, the most powerful of which are Cynarin and Silymarin – these are the compounds that have a positive benefit on the liver. They are also thought to impair cancer growth.

While many of these health benefits can be gained from the use of artichoke extract, it’s also recommended to add the plant to your diet to get the maximum effect – plus, it’s also delicious! Californian artichoke is a great seasonal option in December, and a fantastic way to add a whole bunch of nutrients to your diet – stick some in your cart today.