Greek yogurt has earned a reputation as the healthy snack that complements a variety of naturally sweet goods, as well as featuring plenty of its own inherent health benefits should you eat it on its own. Greek yogurt really is something of a clean slate for anyone wanting a creamy bass for their fruit salad or mixed seeds, and its consistency is so thick that it can even be used as the icing of muffins or the glue between layers of a sponge cake. For an extra bit of sweetness, all you’d to need to do is stir in a small drizzle of honey and you can satisfy your cravings for something sugary, without overloading your calory count or damaging your teeth. Thanks to its high protein content, Greek yogurt is also a favorite of gymgoers who want to maximize their muscle mass gains without ingesting any processed sugars – and there have been links to Greek yoghurt and improved mental health, too, thanks to its healthy bacteria which aids digestion and keeps your dopamine levels stable.

But just how different is Greek yoghurt from any other kind of yogurt? In a nutshell, Greek yogurt is loaded with much more milk than regular yogurt and involves a unique straining process that gives Greek yogurt its distinctive thickness and relatively solid consistency. But before we get into more detail on that, let’s take a look at regular yogurt first.

How is yogurt made?

Regular yogurt is quite acidic in nature and often tastes slightly sour, which is why it is so often flavored with fruit and other sweeteners, but even so it tastes somewhat sweeter than Greek yogurt. The process of making regular yogurt is relatively straightforward, starting with a vat of milk which is first heated to 180 degrees Fahrenheit to kill any of the excess bacteria, mold, or spores that may be lurking in there. The ‘good’ bacteria that constitutes so much of yogurt’s probiotic content is added separately at a later stage, when the milk is warm enough to encourage bacterial reproduction. Heating the milk like this also allows for a thicker product at the end, as the protein structure of the milk is modified by the introduction of heat. 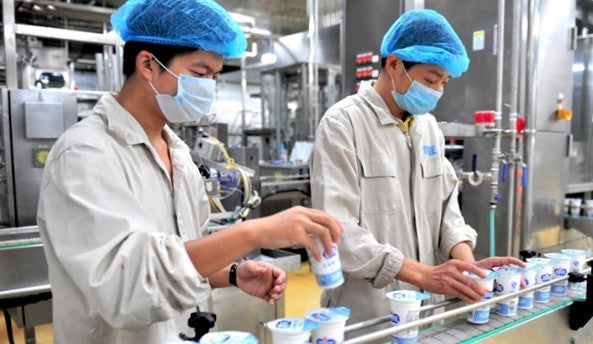 The milk is then cooled to roughly 115 degrees Fahrenheit, now that much of the unwanted bacteria has been eliminated. This is when the ‘good’ bacteria is introduced, namely the Lactobacillus bulgaricus and Streptococcus thermophilus bacterium, which is mixed into the rest of the milk with a large mechanical whisk. The milk mixture is then poured out and left to incubate for up to 12 hours in a consistent lukewarm temperature, as this allows for bacteria production to thrive and leaves a deliciously thick and creamy yogurt.

How is Greek yogurt made?

The first thing to know about Greek yoghurt is that it doesn’t actually need to have been made in Greece. In the country that bears its name, “Greek yoghurt” is in fact called straggisto, which simply means ‘strained yogurt’. This gives you some indication as to how it’s made. The only reason the name ‘Greek yoghurt’ stuck is because the Athens-founded company Fage was the first to print “Greek” on its products. So the major difference between Greek yogurt and regular yogurt is the process by which it is manufactured, as the former has much of its whey and liquid content removed, making it much thicker than the latter.

As a result of the extensive straining involved, thereby reducing the total volume, Greek yogurt production requires much more milk to produce a yield of the same size as regular yogurt. Not only that, but achieving the optimum consistency of Greek yogurt is a very time-consuming process as it has to be strained through enormous cloth bags as many as three times. Due to the higher costs of production, due to the extra milk required, Greek yogurt is typically more expensive than ordinary yogurt. Acting as a go-between, some stores may offer Greek-style yogurt, which is simply ordinary yogurt that has been given thickening agents to mimic the consistency of genuine Greek yogurt. 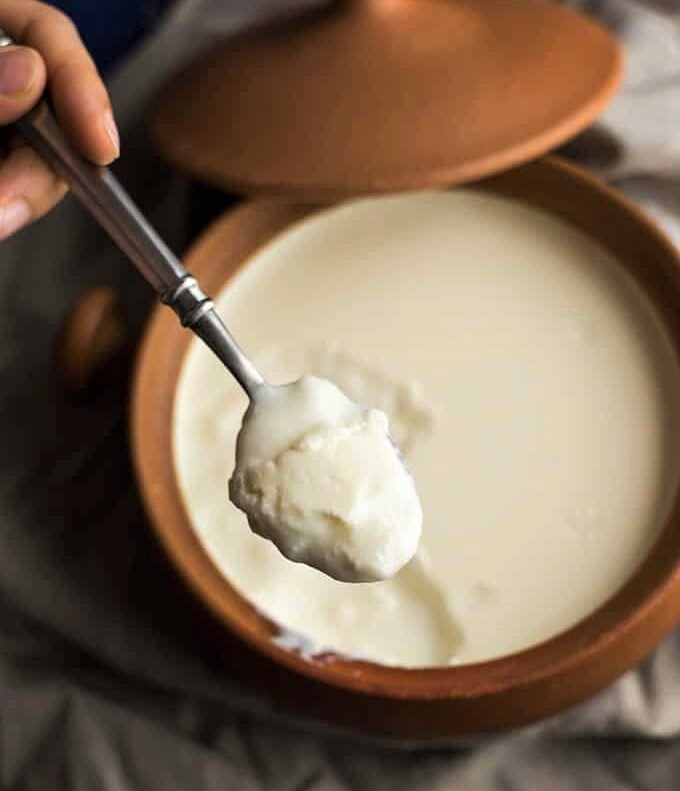 There are numerous benefits to be enjoyed by eating Greek yogurt, thanks to its low calory count and its lack of sugar, as traditional Greek yogurt is typically unsweetened to give it a pleasant, neutral taste that can easily be accessorized with berries or crushed biscuits. Not only that, but Greek yogurt is a strong source of calcium (thanks to its high milk content), zinc, potassium, and vitamins B6 and B12, which promote brain health and functionality, and can even reduce the effects of depression. Moreover, Greek yogurt is something of a lowkey superfood thanks to its high levels of protein, with just a three-quarter cup of the stuff giving you 17 grams of protein. That’s even more than two large eggs, which offer just 10 grams of protein.

If this has put you in the mood to try a wide range of classic and naturally flavored Greek yogurts, then you’re very much in luck. At Buffalo Market right now, we are offering six different varieties of Nounós Greek yogurt at a discount of more than 50%. Available in array of seasonal flavors – including peach, mixed berry, coconut and vanilla, and strawberry – now is the best time to enjoy some fantastically creamy, delicately sweet yogurts that work just as well as breakfast items or a low-fat snack. And better yet, every one of these Nounós yogurts is hormone- and antibiotic-free, made exclusively with non-GMO ingredients and full of natural colors and flavors.

Our inventory of over 2,600 items is updated daily, featuring a high turnover of top-tier organic produce that we put on sale the moment it comes into season. Why not check out the hundreds of deals we have on offer right now to see how easy it easy to make the move to a more colorful, more sustainable lifestyle, and enjoy the benefits of fresh organic food.