Known for their uncanny ability to replicate true-to-life flavors and their expansive assortment of flavor options, Jelly Belly jelly beans are one of the pillars of the American candy industry.

Their passion and knack for spot-on flavoring make the candy company uniquely well suited to join the seltzer craze.

Consumers are more health-conscious than ever. People are increasingly reaching for unsweetened carbonated beverages like seltzer and sparkling water in lieu of sugary sodas.

Market share for the sparkling water sector was valued at 5.29 billion in 2016 and is projected to grow to more than 29 billion by 2028. It follows, then, that brands are eager to cash in on the trend and surprise the market with new and interesting sparkling water products. Much of this craze is perpetuated on social media and checking out their presence, you can see they do a great job of supporting their newest product line.

Who better to launch a new, intriguing seltzer than one of history’s best flavor creators? 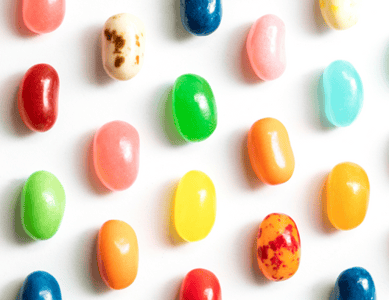 Jelly Belly: A history of tastemakers

Jelly Belly started out as a small Illinois candy business in 1869. Founded by 24-year-old Gustav Goelitz, the company would be known simply as “Goetlitz” until more than a hundred years later.

Having been a superfan of Goelitz Mini Jelly Beans since his governorship of California in the 60s, President Ronald Reagan launched the brand into stardom when the public learned about his devotion to the candy in 1980.

Not satisfied with simply reproducing tasty flavors, in 2000, the mad scientists at Jelly Belly released “Bertie Bott’s Every Flavor Beans,” a whacky offering based on the wildly popular Harry Potter book series. “Every Flavor” is no misnomer. Fans came to expect flavors like Black Pepper, Earwax, Earthworm, and Soap, packaged with more familiar flavors like Watermelon and Cherry.

For more than 40 years, the Jelly Belly brand has surprised and delighted consumers with its ability to make flavors. How has a century-plus-year-old candy company managed to harness such an incredible power?

How does Jelly Belly make flavors?

Given the accuracy of the taste, one could hardly blame you for questioning whether the candy you’re eating actually contained bits of earthworm or buttered popcorn.

You might also imagine someone in a lab coat and goggles licking a cherry or sipping a piña colada and adjusting the recipe until they get the flavor right.

The latter actually isn’t too far from the truth!

Of course, taste testers are involved in the flavor-making process, but they aren’t the first tool in Jelly Belly’s arsenal. Enter gas chromatography.

Because smell is just as important a factor in our tasting experience as the tastebuds on our tongues, Jelly Belly relies on olfactory information to derive its impeccable flavors.

Using an advanced scientific method of analysis called gas chromatography, the candy-turned-seltzer company can separate and decipher the various volatile compounds that make up any gaseous body.

So, to create a jelly bean or seltzer that tastes remarkably like orange sherbet, the flavor-maker dissolves a sample of sherbet, vaporizes it, and analyzes the vapor in the gas chromatograph.  The device then identifies the individual chemicals in the gas and digitally assigns flavor markers that will eventually make up the base recipe for the desired flavor.

What’s more, the flavors you’re detecting that convey the perfect essence of vanilla might actually be made up of olfactory compounds from something like grass. 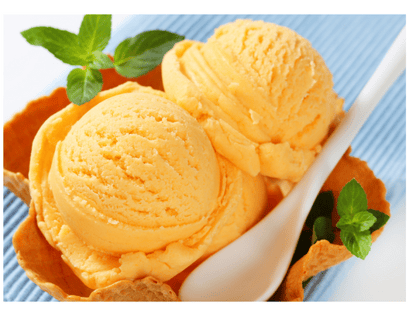 So, after more than a century in the candy business, the industry’s most eminent tastemaker has tasked its flavorists (yes, that’s a real job) with creating a line of sparkling water that bears the Jelly Belly standard. To kick off the launch, the brand has released some of its most popular flavors in seltzer form:

Now, the next time you crack open a can of Jelly Belly Sparkling Water and are shocked by how a completely unsweetened, carbonated can of water without a drop of dairy in it can taste like a double scoop of orange sherbet, you know exactly how they did it.

No word yet on when we can expect Black Pepper seltzer to hit the market, but you have to admit you’d be curious to try it.

At Buffalo Market, we pride ourselves on distributing some of the newest and most interesting food and beverage products available. Fast-selling items like soft drinks fly off the shelves and need constant attention for restocking and merchandising.

Buffalo Market’s Direct Store Delivery (DSD) model ensures that your store shelves get the care and attention they need and deserve, as often as seven days a week.

If you’re curious about getting legendary DSD distribution through Buffalo Market, reach out to our sales team today!

You can find Jelly Belly Sparkling Water at these retailers: