Kale Health Benefits (and How to Cook It)

It may seem as though kale were a fad that came and went with the tide, but it has always been a lowkey superfood, even before Gwenyth Paltrow promoted her oven-baked kale chips on Ellen a decade ago. Even in the past few years, it seems you couldn’t open a single health food magazine, or scroll through more than three feet of an organic retailer’s website, without finding at least one mention of the fluffy green superfood. In fact, kale overtook spinach in 2014 as America’s favorite green-leafed foodstuff, but quickly saw a downturn as it lost favor with the public as most fads do. Between 2016 and 2017, there was a 6% drop in national sale of kale across the US, a decline that accounted for 8 million pounds fewer being purchased by American consumers.

But even if kale is no longer making headlines or appearing at the top of your Instagram feed, there are still countless reasons to stick with this dark green member of the Brassica cabbage family. Able to find its way into plenty of dishes, as well as form the base of the smoothies for which it was initially so popular, kale has a lot going for it: a palatable, mellow flavor, a low calory count, a dash of protein and fiber, as well as a healthy dose of multiple vitamins. Sounds like a no-brainer, then? Well, let’s break down exactly why kale is so good for you and how you can get more of it into your diet.

One of the reasons why kale has been so beloved by fitness gurus and beauty influencers across social media is for the density of health benefits it contains in such a pleasant, fluffy green package. Its high water content means that you quickly feel the sensation of fullness without consuming many calories, thereby suppressing appetite in an effective and natural fashion. Just one cup of kale contains 3 grams of protein and two-and-a-half grams of fiber, which is enough to manage your blood sugar levels and help you achieve that feeling of fullness. 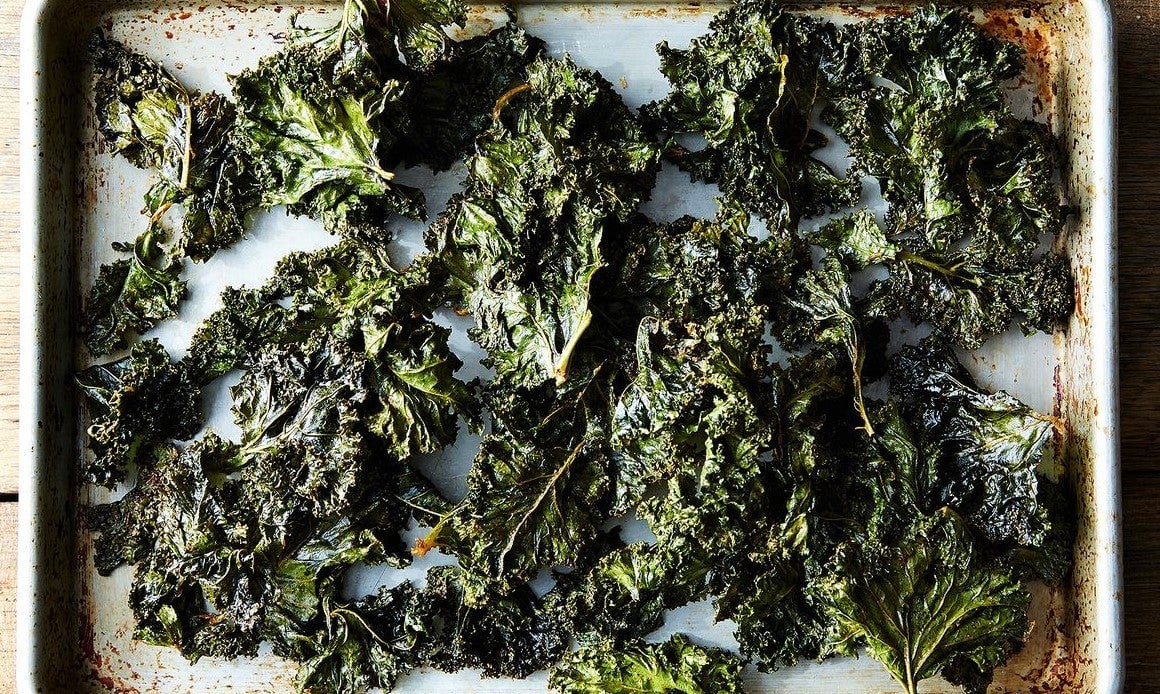 An ideal addition to your post-gym protein shakes, kale has a very low calory count and is packed full of calcium, potassium, iron, and magnesium, as well as more vitamins than you could count on both hands. The key ones to be found in kale are A, B1, B2, C, E, and K – which is a lot! Now, that all sounds great, but what exactly do these do for you?

As well as being known to lower cholesterol and curb the risks of contracting cancer, kale contains the B-vitamin folate, which is a vital component of healthy brain development, as are the omega-3 fatty acids that are also found in kale. Beyond that, the lutein compounds that give kale its dark green color contain properties known to protect against cataracts and sight degeneration. Vitamin C, meanwhile, is great for getting rid of colds as well as preventing a number of other chronic diseases, while vitamin A is a real all-rounder that can assist with strengthening your immune system, and keep your bone and eye health on top form.

How to eat more kale

As mentioned earlier, the easiest way to consume more kale is by blitzing it into a smoothie with other nutritional fruits and nuts, such as strawberries and bananas. Otherwise, you can simply cut up the kale leaves into bite-sized chunks and bake in the oven until crisp; try drizzling a cap of olive oil over the top with ground peppercorns for a little added kick. Similarly, you can Sautee kale in a pre-heated pan, with just a small dash of olive oil as well as two finely chopped gloves of garlic and a diced onion. As kale leaves are more robust than spinach, they won’t wilt as quickly in the pan and will retain much of their tough, tender consistency.

As well as using kale as a key ingredient in tarts and quiches – simply substitute the spinach in dishes that require it – you can easily enjoy kale raw, either on its own or mixed in with other leaves for a salad. Thanks to the thickness and strong consistency of kale leaves, you can douse them with heavy dressings, too, which makes them perfect for Caesar salads.

What kinds of kale are there?

Like many members of the Brassica family, kale comes in a variety of different forms: usually a little bitter, sometimes sweet-tasting and sometimes enjoyed with the spiciness of fresh mint, kale varies broadly in size and even color. Perhaps the most vibrant variant out there is the remarkable redbor kale, which not only grows to three feet in height but shifts color from green to bright purple as it comes into season. In cooler weather, its curly reddish leaves will turn a darker shade of violet, making it a unique ornamental addition to any garden, which will not only delight visitors but give them an added garnish to their salads or smoothies.

Another, similarly lesser known kind of kale would be the Siberian kale, which, as its name suggests, is used to some awfully cold climates. In fact, Siberian kale thrives in these more unfriendly temperatures, with its huge grayish-green leaves growing to twice the size of ordinary kale, and typically comes into season during the winter. Another highly robust variant is the Ragged Jack “Russian” kale, identifiable by light purple roots and its squat, jagged leaves, with foliage that ranges in hue from blueish green to purple-red. Becoming richer in color in colder temperatures, it can also be enjoyed raw, thanks to its mildly sweet taste that suits its pretty appearance. This one really does look good enough to eat, and will actually improve in taste the colder it gets as the starch content in kale will convert into sugars as its temperature drops.

If all of this talk of kale has sparked your interest in giving the once overhyped superfood a second go, then you’re certainly in luck. Among our usual turnover of unbeatable wholesale food deals, we are offering crates of organic kale for just $18, giving you an incredible $12 discount on this versatile green vegetable. All of our market-quality, organic produce is delivered straight to your door and will be as fresh upon arrival as it was the moment it left the farm. With over 2,600 items in our constantly updated inventory, there are limitless ways to enjoy nutritious, top-tier ingredients in your kitchen today. So why not revitalize your meal plan and see what a difference going organic can make in your life?