What’s in Energy Drinks other than Caffeine?

But, with consumers in the US making their health and wellness a priority across almost every product category, consumer packaged goods (CPG) brands have been looking at ways to make their food and beverage products healthier.

Whether it’s an ingredient swap, a reduction of sugar or an infusion of extra vitamins and minerals, these small changes can be made to a variety of products to boost their wellness benefits.

Even products that are widely perceived as being ‘unhealthy’ have undergone a shift to work in some health benefits, energy drinks included.

The buzz around energy drinks is that their exceptionally high caffeine content isn’t great for you, which gives them somewhat of a bad rep from a health perspective. But is it just the caffeine that health-conscious consumers are concerned with? Are energy drinks really so bad, or are there ways that we can rework the product to be fit for the wellness industry? 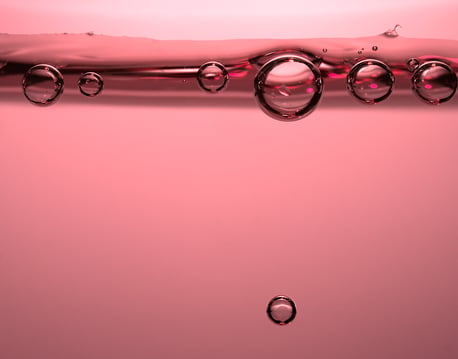 What is an energy drink?

People drink energy drinks to boost their energy levels. They might need help to feel more awake when focusing on a task or need a pick-me-up before heading to a sporting activity — or they might just enjoy the flavors.

The US energy drink market is valued at $13.97 billion in 2022. Every year since 2011, US consumer spending on energy drinks has increased, with a 12.6% growth in spending between 2020 to 2021. The demographics of consumers who drink energy drinks are typically younger, with men aged 18-24 making up the largest customer segment.

Energy drinks are widely perceived to be non-nutritious, containing concentrated levels of sugar and caffeine that give a quick, temporary boost in energy — often followed by a crash. The Food and Drug Administration (FDA) recommends that a healthy adult can consume 400mg of caffeine without experiencing adverse health effects, though some people are more sensitive to caffeine than others.

But are energy drinks really non-nutritious? Or are there some health benefits to the beverage? Let’s take a closer look at the common ingredients found in energy drinks.

What is in energy drinks?

As we’ve mentioned, caffeine is one of the most well-known and widely-used ingredients in energy drinks. It’s a naturally-occurring stimulant that’s added to energy drinks by manufacturers.

When a person consumes in excess of the recommended daily safe dose of caffeine (400mg), they may experience insomnia, heart palpitations, headaches, nausea, and become quite shaky.

Energy drinks will usually contain anywhere between 70 - 200mg of caffeine per beverage.

Ginseng is the root of a plant that has been traditionally used as a medicinal herb. It’s thought to reduce fatigue and boost energy, as well as relieve stress and improve memory.

A typical energy drink will contain 200mg, though the safe daily dosage is around 2,700mg.

B Vitamins is the umbrella term for all of the Vitamin B varieties, including niacin (B3), folic acid (B9), riboflavin (B2), and more. These vitamins occur naturally in the foods we eat and are often the hero ingredients in supplements for fatigue, helping to convert food into energy.

The human body uses glucose as its fuel, which we get from eating sugars. Sugar is a simple carbohydrate that can be digested and absorbed quickly by our bodies, hence it’s usually included in energy drinks in large quantities.

The sugar contents of energy drinks can vary, though a Rockstar energy drink packs in 63g of sugar.

Taurine is an amino acid that’s produced naturally in humans, though the form you’ll find in energy drinks will usually be artificially manufactured.

Some studies have suggested that the safe dosage stands at 3,000 mg, but according to the European Food Safety Authority (EFSA), taurine is considered to be safe for humans in doses of up to 6,000mg per day.

Green tea naturally contains small amounts of caffeine. It’s packed full of antioxidants, making it an ingredient that the wellness consumer will be on the lookout for. It’s thought to improve heart health and keep the skin glowing.

This ingredient is found in a plant native to South America. It has a higher concentration of caffeine than coffee beans, containing around 3-4% caffeine, compared to the 1-2% found in Arabica coffee.

Guarana contains other related molecules theobromine and theophylline, which are also found in teas, coffees, and chocolates.

Some argue that guarana is more effective than regular caffeine, while others claim that it’s less stimulating.

As of yet, there are no recommended daily safe doses for guarana, though its health benefits can start working with just 50–75 mg.

Carnitine is another amino acid that’s said to promote muscle endurance and fat burning. People don’t tend to need carnitine supplements in their diet unless they’re deficient. Consume too much and it could lead to stomach pains and nausea.

The recommended daily safe dose for carnitine is 500-2000 mg.

Harvested from the Chinese ginkgo tree, this ingredient is a slightly rarer find in energy drinks. It’s thought to help improve memory, concentration, and circulation, and even act as an antidepressant.

While people can safely take up to 240 mg of this ingredient per day, most energy drinks won’t contain enough for people to see the benefits.

For those who have experienced the negative side effects of energy drinks, there are some alternatives that are thought to help boost energy — without the jittery consequences.

Where caffeine may disagree with some people, quercetin could be a good substitute. A study from the University of South Carolina found that this antioxidant blocks brain receptors from receiving sleep-inducing chemicals, thus keeping you feeling alert. It was also shown to increase the level of mitochondria in cells, which leads to better muscle performance.

In terms of health benefits, quercetin is thought to reduce inflammation, alleviate symptoms of allergies and reduce blood pressure.

It’s an antioxidant that’s found in vegetables, fruits, grains, tea, and even wine! A good way to get quercetin into the diet is to blend apples and kale into a smoothie. 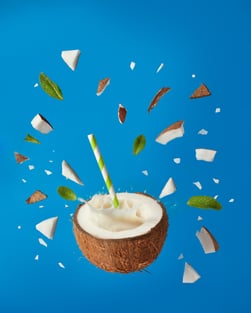 Sometimes, fatigue can simply be a result of dehydration. Standard drinking water aside, coconut water is a deliciously sweet and nutritional alternative. Found inside the coconut fruit, the liquid makes for a refreshing, natural beverage.

Rather than consuming the green tea extract in energy drinks, a consumer that’s health-aware might prefer to sip on a freshly brewed green tea.

It still contains small amounts of naturally-occurring caffeine, as well as a whole host of health benefits. Several studies have suggested that the hot beverage may improve brain function, aid fat loss, as well as reduce the risk of cancer and heart disease.

Save your energy with a specialized distribution partner

We get it, developing an innovative CPG beverage product is a lot of work. But producing the finished product isn’t the finish line. You’ll need to get your product in front of customers — and the right ones at that.

Buffalo Market is a reputable distribution partner that partners with mission-driven brands that are doing good for people or good for the planet.  We deliver to a variety of establishments, including niche, indie retailers as well as mainstream supermarket chains.

To start claiming your space in the food and beverage CPG market, get in touch with us today.