7 Nutritious Herbs You Can Easily Add to Your Diet

The best thing about cooking at home is the room for customization it allows, as even the most complex recipes can be adjusted to suit your tastes. If the suggested amount of garlic in a curry dish, for instance, is two cloves but you really want a little extra kick of flavor, then you can easily add in twice that amount. If the creamy tomato pasta you’re making seems a bit too mellow, feel free to throw in some diced chili pepper. That’s really the trick with cooking at home: use the recipe as a basic guideline, and then mix and match with different seasonings to arrive at a dish that precisely meets your needs.

And as every artist has their mixing palette, so too does every chef have their herbs and spices rack. These are the small pots of magic that can be used to transform the aroma and flavor of any meal, adding warmth and texture that will transform the dining experience. Not only that, but many herbs have pronounced health benefits, known to reduce inflammation and protect your body’s cells from various kinds of damage. They do so much more good for you than just the standard sprinkling of salt and pepper, so the next time you’re cooking up a storm at home, here are some of the healthiest herbs to consider dropping into your meals.

The spice that gives curry its vibrant yellow color, turmeric is one of the most effective sources of nutrition in any herb, as it kickstarts the process of inflammation within the body. This is actually one of the most important bodily functions, as it aids your body in warding off invading pathogens as well as repairing any cellular damage that has occurred. Simply put, without inflammation, bacteria could spread throughout your body’s vital systems and ultimately kill you, and what makes turmeric so important is its high levels of curcumin, which can block a molecule known as NF-kB that causes cell damage through excessive inflammation.

See, inflammation is generally beneficial – with the moderate levels of inflammation triggered by turmeric known to combat the effects of metabolic syndrome, heart disease, and even Alzheimer’s – but high concentrations can be dangerous to your body’s tissues. Turmeric, therefore, affords the best of both by providing enough inflammation to protect from bacteria, but not so much that it actually causes internal damage.

Found in everything from air fresheners to an endless number of cakes and cookies, cinnamon is the mildly sweet, warm-tasting herb that is loaded with cinnamaldehyde. This special compound has many health-enhancing properties and is a strong source of antioxidants, which can also help fight cell inflammation in the body while also lowering cholesterol levels for a healthier heart. But its most notable characteristics are down to the effect it has on lowering blood-sugar levels, which it achieves by breaking down carbohydrates in the body’s digestive tract and therefore heightening its sensitivity to insulin. Some studies have even found that cinnamon can reduce blood sugars by as much as 30% in those suffering from diabetes, with the best results stemming from those who consume between 1 to 6 grams of cinnamon per day.

Not to be confused with ordinary basil, holy basil is native to India and enjoys a reputation there as a sacred herb. What makes it so special is the growth-inhibiting properties it exercises within a wide range of molds, yeasts, and bacterium, as well as being known to improve immune system efficiency by stimulating reproduction of certain immune cells in the body. What gives this herb its holy status is the spiritual effects it has been known to have on the consumer, commonly employed as a treatment for anxiety-related depression. Known to lower cholesterol in the blood, as well as generally lowering blood-sugar levels and ease joint pain, holy basil can be enjoyed in herbal teas or as supplement pills.

Whether they’re chopped up fresh, or sprinkled as a powder, chili peppers can certainly ignite any dish with a burst of intense heat and flavor. Not only that, but they can also kickstart your metabolism and keep your blood vessels in great shape. The cause of this is believed to be capsaicin, the compound found in chilies that makes them spicy, which has a few health benefits including the relief of topical pains, fat-burning properties that accelerate metabolism and suppress appetite, and the reduction of insulin spikes for sufferers of diabetes.

The chili pepper with a high concentration of capsaicin is the cayenne pepper, which is commonly used in dietary supplements. The cayenne pepper is believed to fight against certain cancers, such as liver, lung, and prostate cancer; it is also believed to most effectively suppress appetite, with just a single gram of added cayenne pepper creating the sensation of fullness. 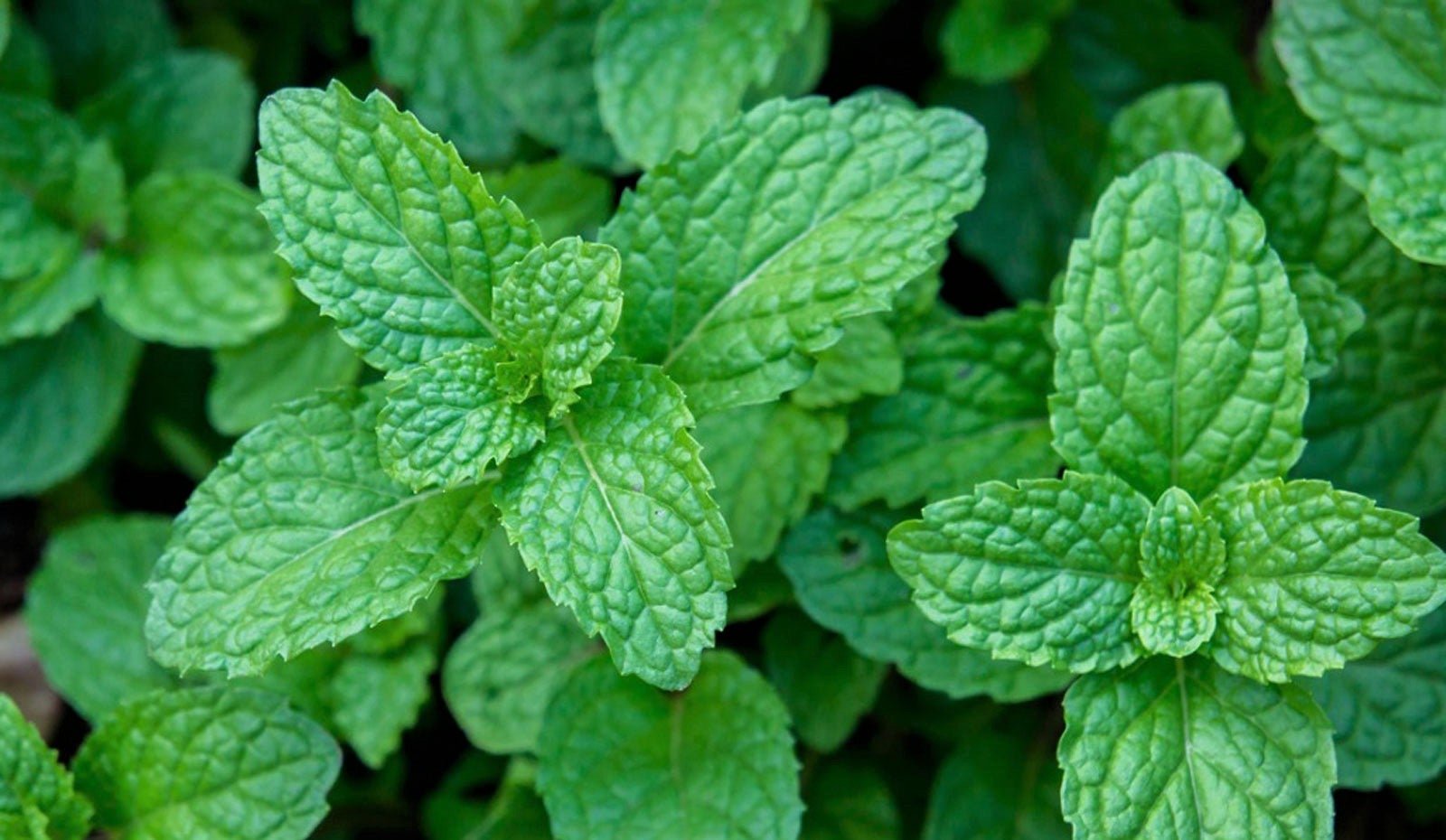 Best enjoyed in tea – as well as used in breath mints and chewing gum the world over – peppermint is the mild-tasting herb that is well loved for its calming and anxiety-suppressing qualities. Its low caffeine content makes it an ideal bedtime beverage to help you ease into a good night’s sleep, and peppermint has also been known to relieve migraines and act as a muscle relaxant. This is due to the menthol content in peppermint, which increases blood flow and thereby provides a cool, soothing sensation that can relieve certain types of moderate pain.

A strong flavor to add to any pan-based dish – curries, pastas, even bacon and eggs – garlic isn’t just for scaring away vampires: it’s also one of the best ways to get rid of colds, with its strong aroma clearing out your airways as effectively as any flu medication. Garlic is also strongly linked to enhanced heart health, known to significantly lower the amount of “bad” LDL cholesterol, and lower blood pressure for those with weak hearts. Garlic is also low in calories but high in vitamins C and B6, and it’s also soon to be in season, making it a great time to experiment with this aromatic herb in your meal plan to see how it can improve your food as well as your health.

A strongly aromatic herb that beautifully complements everything from oven-roasted potato wedges to joints of lamb and beef, rosemary is often planted in community gardens because it is so widely used and enjoyed. It is also known to ease nasal congestion, thanks to anti-inflammatory properties that also relieve allergy symptoms. Not only that, but rosemary is a tried-and-tested cognitive stimulant that has been known to enhance focus and concentration, as well as improve blood circulation.

The antioxidant qualities of rosemary also make it a great skin cleanser: placing a few sprigs of rosemary at the bottom of a large bowl of boiling water releases a pore-opening vapor that successfully clears blackheads and removes much of the dirt and grime that collects in our skin. Placing your face over the vapor, with a towel over your head, is a great way to supplement a clear skin diet to ensure your cheeks are glowing and your pores are exfoliated.

So there’s definitely no excuse to serve up mild or unflavored food, as there are just too many benefits for your health as well as your tastebuds. Perhaps the best thing about these spices is that, because they provide so much flavor, it’s a whole lot easier for you to substitute less healthy ingredients such as salt and sugar. Each of these herbs is rich in phytochemicals, the naturally occurring compounds produced by plants that are believed to protect your body’s cells from damage that cause lead to cancer. What’s not to like, then? A healthier meal that tastes twice as good!

At Buffalo Market, we have a handful of fresh herbs for you to incorporate into your meals – such as dill, parsley, and cilantro – as well as over 2,600 other unique items in our ever-growing inventory. Sourced direct from local, independent farmers all over California, our organic produce is delivered straight to your door as fresh as the day it was dug out of the ground. Cutting back on journey times, Buffalo Market’s farm-to-fork business model works hard to cut down on carbon emissions and provide only the very best Mother Earth has to offer. Try some of our top-tier produce today and see what a difference going organic can make in your life.