The Helium Network—a wireless network that relies on a large community of individual hotspots to provide internet connectivity across vast distances—is the first of its kind.

Anyone who hosts a Helium hotspot is compensated in Helium cryptocurrency (called HNT) based on the amount of data transferred from each of their devices. Hotspots hosted in cities face competition from other hosts and interference from buildings and other structures. By setting up a remote, off-grid hotspot, users stand to profit more from their efforts.

To build that kind of network in urban settings, users install wireless hotspots on their property, but to grow the network into more remote areas, these hotspots need to be set up off-grid using solar power and a cellular connection.

To set up a fully independent, off-grid rig, you need a stand, an enclosure for the equipment, solar components, and electrical and antenna cables, all of which need to be properly wired together.

It does require some craftsmanship and electrical know-how to assemble a unit capable of withstanding the elements, but building your own rig is a highly satisfying reward of its own! 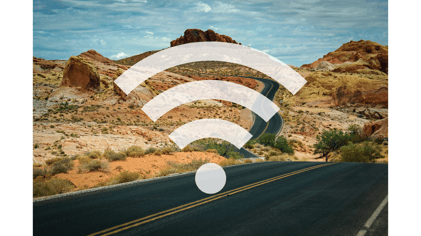 Being rewarded as a hotspot owner is great, but installing this kind of technology doesn’t just benefit hosts. There are plenty of use cases in business (and beyond) for expanding the Helium Network off-grid.

Buffalo Market, for instance, has installed off-grid rigs to provide internet connectivity to the Helium-enabled asset tracking and temperature sensors onboard their fleet of delivery trucks.

These wireless sensors can detect and upload data in real-time using the Helium Network. That data is stored on the blockchain, where it’s unchangeable and freely accessible—any interested party can easily verify the location and temperature of each delivery.

Off-grid Helium devices and the Helium Network give companies like Buffalo Market the ability to optimize their business and provide unprecedented efficiency and transparency for their customers.

From backyard units to off-grid rigs up on mountaintops, the evolution of the Helium ecosystem is a wonder to witness, and the possibilities are almost endless.

Want to learn more about how Buffalo Market uses tech to be the most efficient and transparent food and beverage distributor in the industry? Check out these other articles: