How to Save the Planet: Cut Down on Meat and Stop Wasting Food

Our planet is a precious thing, and an amazing one at that. Home to not just 7.5 billion humans, but nearly 9 million other species of animal, the big blue world we all share gives us water, air, vegetation, and fertile land to grow our food, but we are still yet to do enough to keep it healthy and protect its future. In fact, one of the major breakthroughs of human innovation – the Industrial Revolution – has continued to wreak havoc on the earth’s atmosphere, and since 1880 global warming has contributed to an average temperature rise 0.13 degrees Fahrenheit every decade. That may not sound like much, but with the world’s population continuing to expand, with more and more people consuming more and more resources, that figure is only set to rise.

Other metrics have been on the rise in recent years, too: sea levels, demand for meat products, the amount of food wasted yearly… As it stands, food production is one of the world’s most damaging industries, with 15% of all greenhouse gases emitted globally being the result of livestock. And that’s not taking into account the amount of energy and resources needed to rear that livestock. Let’s take a look, then, at how cutting down on the amount of meat you eat, and making sure your plates are empty at the end of every meal, can help save the planet.

Why is food waste such a problem?

If you thought that having eyes bigger than your stomach at a family get-together was a problem just for the host, whose meal you’ve ended up wasting, think again. There is a lot of harm done by failing to finish you meal, as somewhere in the region of 140 bn pounds of food is wasted every year, which equates to around $160 bn of produce. Even more distressingly, almost 40% of all food served in US restaurants will not end up in the customer’s stomach, but in the garbage, allowing food to become the single largest product in landfills across the country. That’s so much food, in fact, that just 15% of the total amount wasted could be used to feed 25,000,000 people.

The worst part of this is not that the food itself is being wasted, but the energy required to manufacture it in the first place. The average distance food travels from the producer to the consumer’s plate is somewhere in the region of 1,500 miles. This doesn't just mean a substantial volume of carbon emissions released into the atmosphere by the huge food trucks that deliver all this food, but the fuel burned by those trucks and the electricity used to power their onboard refrigerator units serves as yet another energy burden to our planet.

Yet, because consumers continue to purchase groceries at the rate they do only to waste so much of it at the end of the day, grocery stores are compelled to meet the demands of their customers. Because portion sizes are not correctly regulated in American households, because people continue to buy beyond their means and fail to consume all of what they buy, the supermarkets still need to keep supplying that rate of consumption. There is an extraordinary amount of energy being consumed, and greenhouse gases being emitted, to produce foodstuffs that are primarily thrown out anyway.

Why you should cut down on meat

When it comes to environmental damage, perhaps the worst offender here is the meat industry, which accounts for nearly 30,000,000 acres of deforestation every year to accommodate demand for beef and livestock products. 80% of the Amazon rainforest, the so-called “lungs of the world”, have been eradicated by the meat industry. Not only that, but creating meat products from livestock is one of the most astoundingly inefficient processes enacted on an industrial scale. 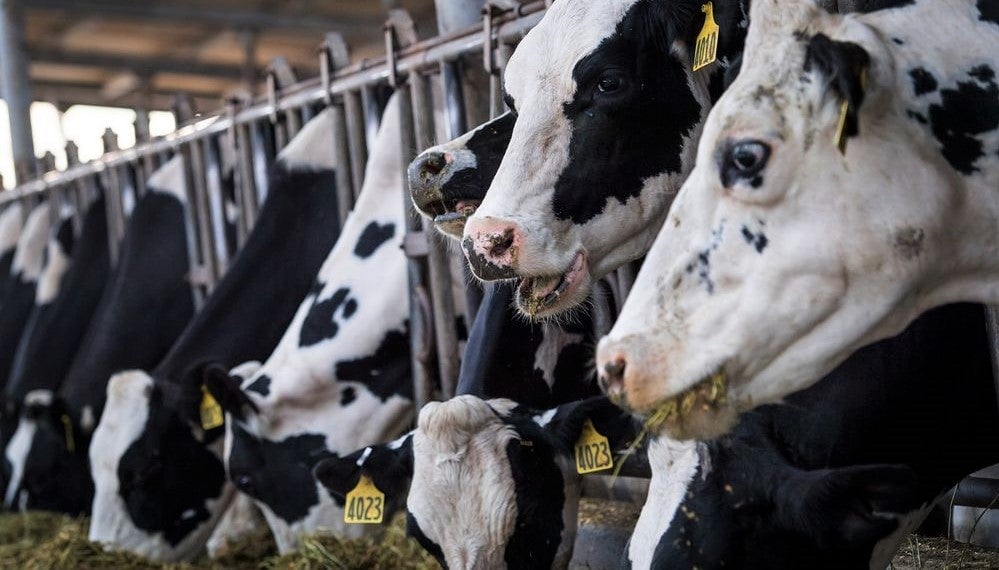 Glossing over the fact that the production of beef and dairy products account for a tenth of worldwide emissions (that’s all emissions, not just greenhouse gases), the amount of food needed to raise beef cattle for slaughter is in no way proportional to the amount of product gained. Simply put, it takes 20 kilograms of corn and soy protein to provide just a single kilogram of saleable beef product – and the volume of methane cows excrete while digesting that enormous mass of food? Well, methane attributes to global warming more than carbon dioxide ever could: so, broadly speaking, cattle is literally worse than the exhaust pipe of a food truck.

One of the simplest, and most important, ways of mitigating food waste is buying within your means. If you are doing the family shop for a household of four or five people, you may feel the need to load up the car with groceries to feed so many mouths - but this can lead to overspending and, ultimately, wastage as food is left to go off and be thrown out. If you find you are wasting a lot of your food, pay close attention to what is actually consumed at the dinner table: portion control is the key way to ensure the meals prepared are meals wholly consumed. This won’t just mitigate the amount of produce that ends up on the top of a landfill, but save the amount of money leaving your wallet every time you go grocery shopping.

If you wanted to take things a step further, in a move that won’t just reduce the effects of global warming but support local economy and give your kitchen great-tasting, top-tier produce, then you can always buy organic. Goods purchased on the farm-to-fork principle, from small-scale, independent farmers, means the distance travelled from producer to consumer is greatly reduced – often within the same state, without any weeks-long holdovers in warehouses or food storage facilities – and you can be sure that the food will arrive at your door as fresh as it was the moment it was pulled out of the ground.

And that’s where Buffalo Market comes in. We trade exclusively with local farmers across California, ensuring every piece of organic produce that finds its way into your kitchen is of the very best quality, and sold at the very best price. If you wanted to reduce your carbon footprint and enjoy the difference going organic can make in your life, take a look at some of the 2,600 items we have on sale today and take your first steps toward a more sustainable lifestyle.