What Is Greek Yogurt?

The first thing you need to know about Greek yogurt is that it wasn’t invented by the Greeks. And technically, it’s not strictly yogurt either! The thick, creamy goodness that we know and love has an interesting backstory and is far more common than you might think. It’s also, as we shall see, something of a marketing triumph.

What Is Greek Yogurt?

Greek yogurt is thicker and denser than its non-Greek counterpart and has a sharper taste too. This is because it's been strained to remove most of the whey, giving it its famous consistency and trademark sour taste. It’s unknown precisely who made it first, but it originated in the Middle East, and versions of it have long been enjoyed in Egypt, Iran, Cyprus, Jordan, Syria, Turkey, and Israel.

Since then, the concept – a strained, thicker yogurt – has spread around the world. In India, it’s called chakka, in Mexico, jocoque seco, in the Netherlands, hangop. In Central Asia, they have suzma, and even Iceland has its own unique take called skyr. 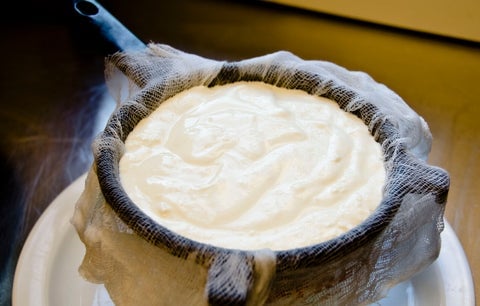 The process for making it, however, is fairly uniform. It’s made from milk that’s been enriched by boiling off some of its water content or by adding extra butterfat or powdered milk. Straining makes it even richer and creamier, and while some brands “cheat” by simply adding artificial thickening agents such as pectin, starch, or guar gum, the end result is vastly inferior – nothing can compare to the real deal.

Unsurprisingly, Greek yogurt contains more fat than regular yogurt, but it also boasts more protein and way less sugar and carbs – making it perfect for those following a ketogenic diet. That increased protein content makes Greek yogurt great for meals other than breakfast, as it will keep you feeling fuller for longer and is a fantastic ingredient for cooking (try adding it to sauces, stews, and soups). It’s also a great choice for diabetics (less sugar), and is richer in calcium and vitamin D, making it somewhat healthier too. 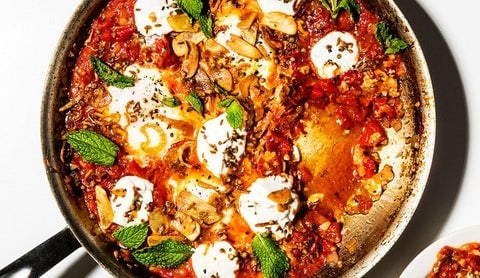 So why “Greek” then? A brand called Fage is widely credited as being the first to introduce the product to North America – they called it “Greek” simply because that’s where the company was based – but the most successful came later. Chobani, a Turkish company, did much to popularize it and simply adopted the moniker. Chobani’s owner, Hamdi Ulukaya, also discovered that the word “Greek” sold better than the word “Turkish”, and so the name stuck. The rest, as they say, is history.

At Buffalo Market, we carry a wide range of yogurts to satisfy everyone’s likes and desires, and we’ve got plenty of Greek yogurt too, including organic and various flavored options. Add some to your cart today, and see for yourself why it’s loved the world over.