Why You Should Eat Plant-Based Meat

Regardless of whether you’re considering eating less meat – perhaps as part of Meatless Monday – or giving it up altogether, the health benefits are clear. Eating less meat decreases the risk of ailments such as heart disease, high blood pressure, strokes, obesity, Type 2 diabetes, and many types of cancers.

But replacing meat in your diet is no easy thing, and many people miss the taste and texture of some of their favourite dishes. Hence the recent explosion in plant-based alternatives. You’ve no doubt heard of jackfruit as a stand in for pulled pork, but thanks to scientific advancement, plant-based pork, beef, and even chicken substitutes made from soy are rapidly becoming similar to real meat. Some people can’t even tell the difference.

Beyond the health benefits, there are plenty of other reasons for swapping meant for a plant-based alternative now and again. Plants require far less water, and space, than the rearing of animals does, so lowering our meat consumption is better for the farming ecosystem and the environment in general. Meat production also leads to deforestation, land degradation, and water contamination, something that arable farming avoids. 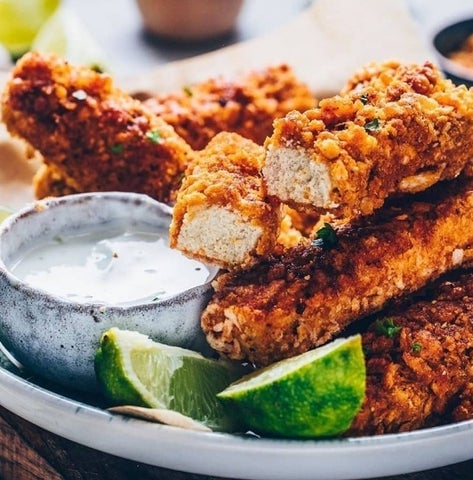 It also reduces animal suffering; many commercial farming operations are brutally cruel on the animals, partly because of the scale on which they have to operate. By eating less meat, you can help shift the global economy away from battery farming and the industrial rearing of animals for slaughter.

Short term, those who eat a more plant-rich diet typically find they sleep better and lose weight. Plants contain more minerals, vitamins, and fibre than meat, and a lot less fat – studies have shown that people switching to a vegan diet can lose up to five pounds in just two weeks, without going hungry or suffering from cravings. This is because a plant-based diet lowers blood sugar and helps to balance the level of cortisol, which regulates stress and helps diminish feelings of feeling hungry between meals.

But the best reason to add some plant-based alternatives to your diet is the taste – they really are like the real thing! Various brands have been able to create burgers that don’t just look and taste like actual burgers, they even “bleed” (either through the use of beets, or the addition of a molecule called haemoglobin), while the use of seitan, derived from wheat gluten, has made chicken substitutes almost indistinguishable. Even ground beef has been recreated with the help of tempeh.

Choice is important, and at Buffalo Market we carry a wide variety of plant-based meat alternatives. The benefits are clear, even if you just switch out meat once or twice a week. Why not add some to your cart today, and see the difference for yourself?