The Rise Of Meatless Meat

Vegetarian versions of classic dishes are nothing new – we’ve all seen grilled portobello mushrooms stuck on a bun and wheeled out as a “veggie burger”. But times are changing, and the rise of meatless meat signifies something else – a more profound shift in attitudes to both eating and the environment. Some even hope that these may save the planet.

Meatless Meat isn’t just aimed at giving vegetarians more options – it’s marketed squarely at meat eaters. These plant-based products are meant to look like meat and taste like meat, to replace what those consumers would otherwise be eating. Burger patties have been a focus of this sector, but there are now alternatives to ground beef, sausages, pulled pork, and even chicken – all of them 100% made of plant.

All of this started with two major realisations. The first was the impact that commercial livestock farming was having on the environment, not just in terms of greenhouse gases but land destruction, overuse of water, and the efficiency of how much food can be produced per acre in terms of meat v crops. Factory farming is one of the most destructive farming methods there is, and needs to be scaled back. 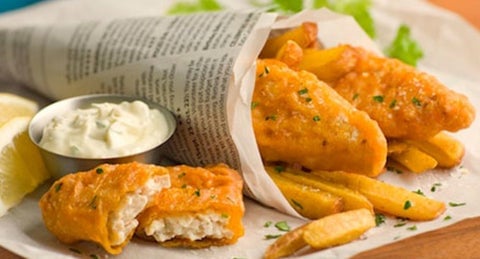 The second realisation was that plant-based meat need not be a niche product for vegetarians and vegans – that it can genuinely replace some, or even all, of the meat consumed by self-confessed carnivores without sacrificing taste. As many commentators have noted, some people really like the taste of meat, so why try to convince them to eat kale and quinoa salads or bulgur wheat and tofu? Why not make “meat” better, healthier, and more environmentally friendly?

And it’s not just a case of convincing adults today. Many in the meatless industry have an eye on the next generation, hoping to permanently change their eating habits and completely remove the stigma of plant-based meat. After all, if such products are cheap, tasty, and nutritious, why wouldn’t Americans be happy to switch? Why can’t such meatless meat be seen as perfectly normal? Desirable even? It’s a bet many producers are hoping to win, not just for their own sake, but for the sake of the planet and the future of farming.

Two companies in particular have behind this shift – Impossible Foods and Beyond Meat. They’ve spent years and tens of millions of dollars on making their product as indistinguishable from the real thing as possible. After all, taste is the make-or-break factor when it comes to meatless meat. Both companies have worked hard to ensure their products have the flavor, macronutrient balance, and cooking experience of meat, and The Impossible Burger even famously bleeds (all thanks to a meat protein called heme, which the company produces from yeast).

Such has been their success that even several prominent fast food chains have gotten on board, convinced that – especially long term – consumers will be increasingly demanding meat alternatives without sacrificing that "meat" sensation. Burger King, KFC, Carl’s Jr, Qdoba, and Del Taco have all rolled out products featuring plant-based alternatives; all say they have plans for more. 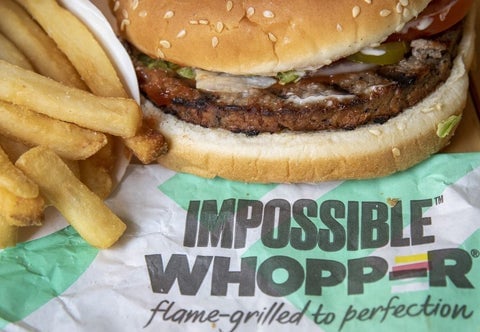 Consumers are more concerned with health and sustainability than ever before, and are making increasingly informed choices about their diet. This has fuelled the demand and popularity of these products, which has fed publicity, leading to even greater demand. It’s a virtuous cycle, and one that’s placed plant-based alternatives firmly in the mainstream. Two myths surrounding these products have now been thoroughly debunked - that they don’t taste good, that you’re losing out by giving up conventional meat.

As for the future, the only thing left is scale, and wholesale adoption by consumers. Even a commitment to eating a little less meat – participating in Meatless Mondays say – can make a huge difference, and with millions of dollars being poured into R&D, meatless meat is only going to get better and better. It’s already incredibly difficult to tell the difference between plant-based alternatives and the real thing – in the future, it will be nigh on impossible. One day, the perfect burger will not really be a burger at all.

At Buffalo Market, we’re committed to choice, but we’re also committed to healthy eating and farming practices that are sustainable and beneficial for the environment. We work hard to build relationships with local farmers and producers, but we’re also expanding our product range – and meatless meat and plant-based alternatives form a big part of that.

These really are great food products – and with every tasty bite, you can be safe in the knowledge you're benefitting your body and the planet. We have a great range, from sausages to burgers and everything in between. Stick some in your cart today and give them a try – we promise you you’ll be pleasantly surprised.