What is Sprouted Bread? 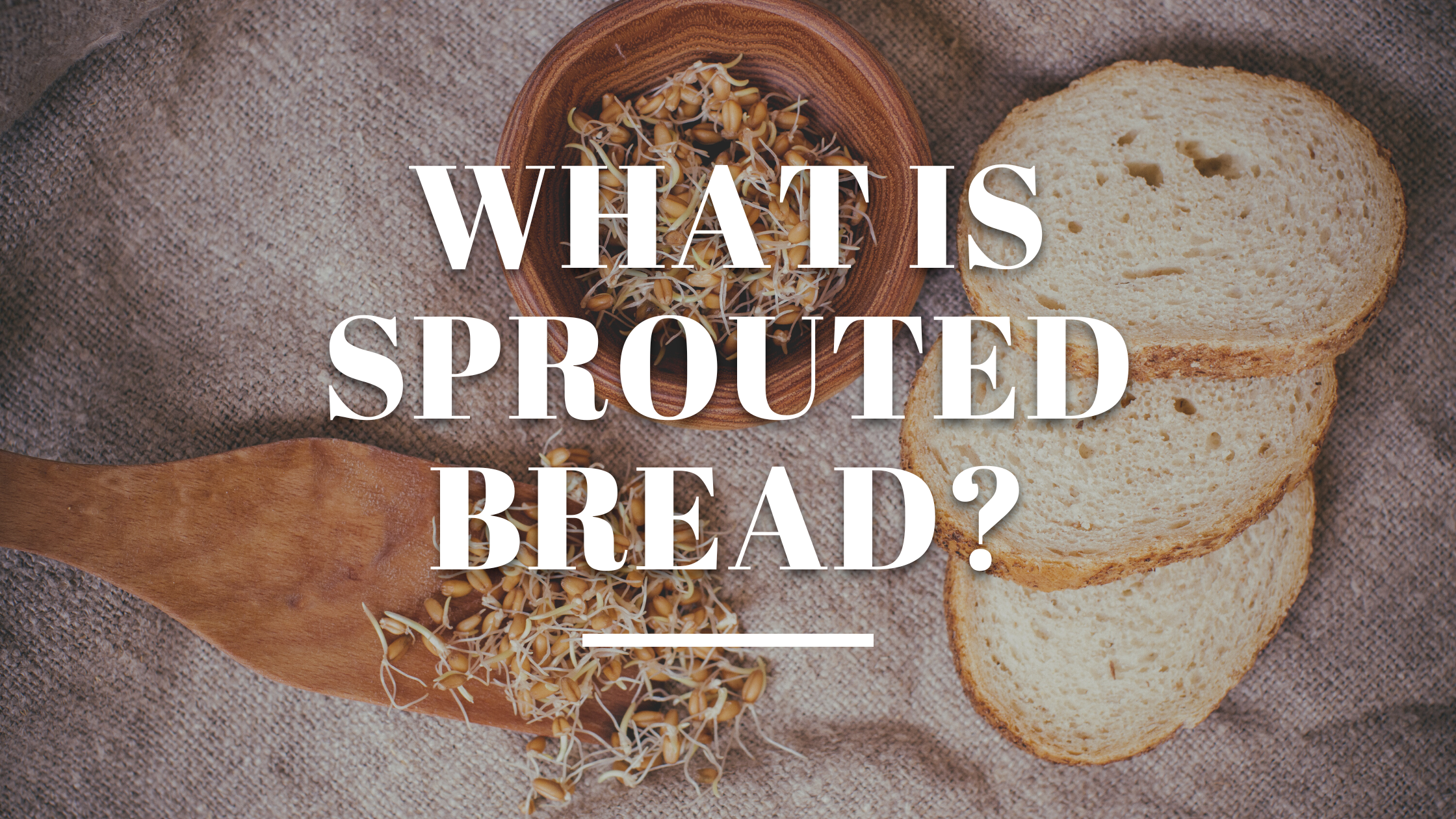 What is sprouted bread?

Sprouted bread is simply bread made from sprouted whole grains, nuts, beans, and/or seeds, rather than flour, as most other types. After sprouting, the ingredients in sprouted bread are typically pulverized (rather than milled or ground), and the resulting mash is baked into bread.

Sprouted bread tends to have a slightly denser, chewier texture and a more complex nutty or earthy flavor than other whole-grain bread varieties.

Here, we’ll talk about the sprouting process, the benefits of sprouting, and a list of commonly sprouted foods. Then we’ll take a look at some of the most popular bread brands that are putting sprouts to good use.

How do you sprout grains for bread?

Before you can start baking, you need to sprout your grains! The process of sprouting is fairly simple but takes time and attention. At the most basic level, the steps are:

The above is easily accomplished at home in a jar or at a much larger scale using specialized equipment in a commercial facility. Sprouted grains can either be mashed or dried and then ground into flour.

What are the benefits of sprouted grains? 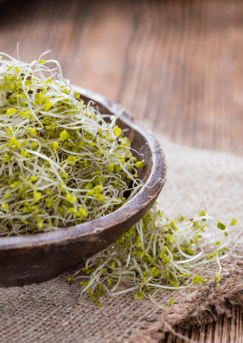 It would hardly be worth going to all the trouble of sprouting grains if there wasn’t at least some benefit—fortunately, there is! And it’s all thanks to germination.

By carefully controlling moisture and temperature conditions, you encourage a grain to germinate, the process through which dormant seeds start to grow into “juvenile” plants (or sprouts). The germination process puts into motion a number of biochemical reactions that change the nature of the grain.

During germination, carbohydrates begin to break down into sugars, proteins into amino acids, and fats into fatty acids. These more simplified building blocks are easier for our bodies to absorb and put to use for our own purposes.

Additionally, sprouted grains contain less phytic acid—a so-called “anti-nutrient” known to inhibit the absorption of useful vitamins and minerals. So, even though a dormant grain and a sprouted grain technically contain the same nutrients, a sprouted grain makes those nutrients more available to the body.

What other kinds of things can be sprouted?

You can generally sprout any seed (which includes grains, nuts, beans, and vegetables), but not all sprouts are exactly edible. You wouldn’t want to eat sprouted cherry pits or tomato seeds, for instance.

Some examples of commonly eaten sprouts include:

Due to the comparatively intensive nature of making sprouted bread, it usually exists as a minority in the bread aisle, with only a handful of bakeries producing it. Let’s take a look at some of the most popular sprouted bread brands you’ll find in stores.

Alvarado St. Bakery is an icon in Northern California and beyond. Worker-owned and operated, this 30-year-old co-op finds its roots in the community-driven counterculture of the 1970s San Francisco Bay Area.

Initially born out of the “Food for People, Not for Profit” movement dedicated to creating healthy communities and providing access to good food and education about nutrition and the environment.

Alvarado St.’s entirely flour-free bakery is located in Sonoma, the heart of California’s wine country, and their organic, sprouted loaves are distributed worldwide.

Famous for its biblically-inspired line of bread products, Ezekiel 4:9, Food For Life is a family-owned company—now on its third generation—that places a special emphasis on health.

All of their recipes are flourless, and nearly all of their grain products are sprouted. Some of Food For Life’s loave contain as many as 18 different sprouted grains!

Gluten-free options include a bread made from sprouted pecans and rice.

This family-owned company was founded in 1989 and was the first verified non-GMO bakery in Canada at the time.

They’re driven by a philosophy of spreading health by making nutrient-dense food products like sprouted bread available in as many places as they can.

All of Silver Hills’ products are non-GMO, plant-based, and available for purchase anywhere in the US and Canada via The Oven Door and Amazon.

As a food distributor of mission-driven brands, Buffalo Market takes pride in partnering with companies that create high-quality products which are good for you and good for the planet. It’s our pleasure and privilege to introduce incredible brands like Alvarado St. Bakery to railers across the United States.

If you’re a retailer and interested in stocking your shelves with the best bread products on the market, contact us about getting distribution for Alvarado Steet Bakery today!