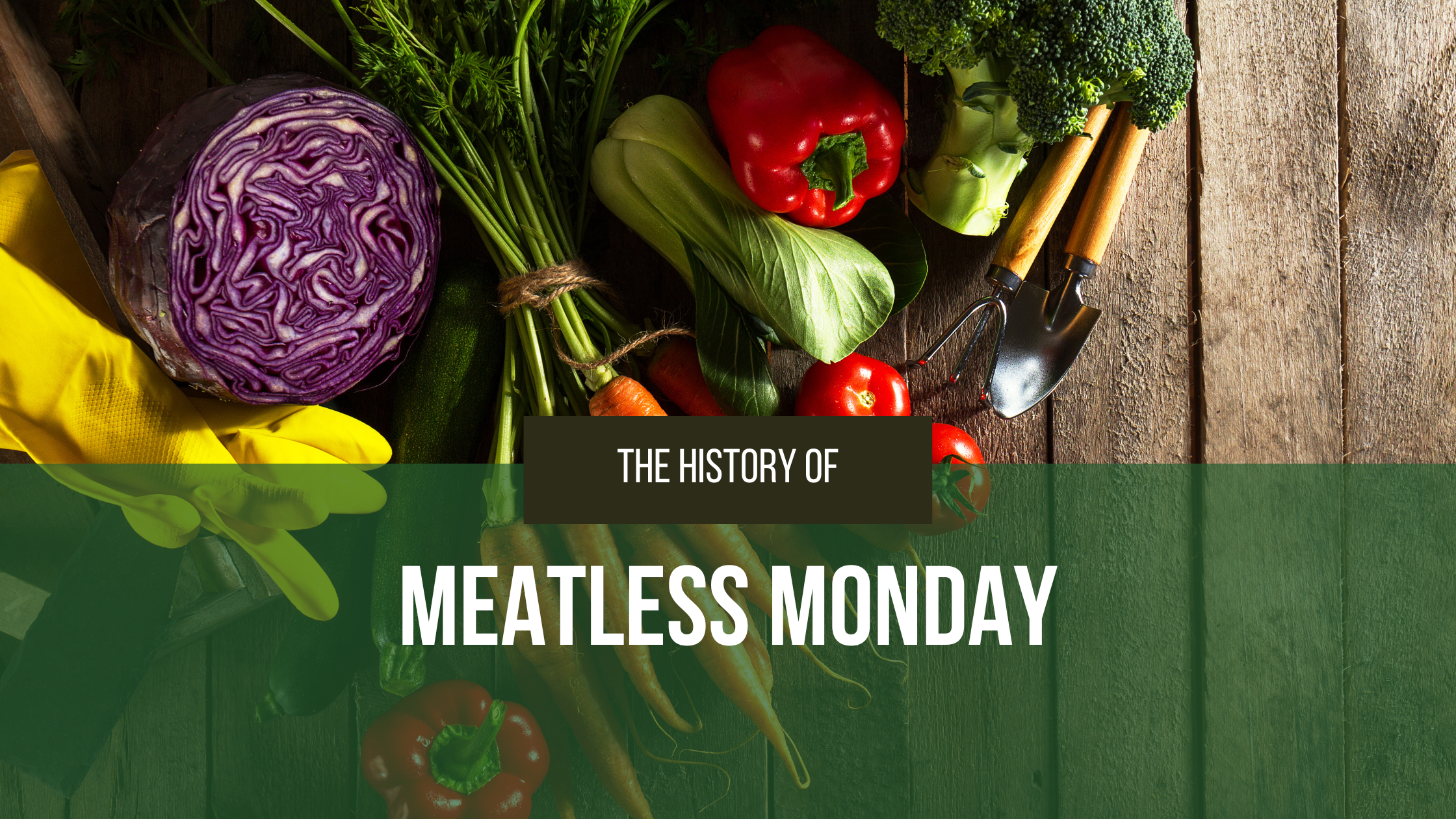 Meatless Monday is by no means a new concept (and we’ll find out just how far back Meatless Monday’s history goes in this article). And yet, there are plenty of retailers who are still just experimenting with meat-free promos and programs in their stores.

It’s time to make Meatless Monday a core part of your grocery store growth plan. Recent data has given the plant-based meat market a projected value of $15.7 billion by 2027, based on a 14.7% CAGR over the next five years.

But where did Meatless Monday originate from; who do grocery stores have to thank for this gold-mine marketing campaign? Let’s find out.

What is Meatless Monday?

In short, Meatless Monday aims to help people cut down on their meat intake by skipping meat-based meals for one day each week. That’s it! It’s simple, really: skip meat on a Monday and help protect your health and the health of the planet too. It’s a win-win.

Back in 2003, Sid Lerner, a former advertising executive and founder of The Monday Campaigns, was looking for a way to bring down global meat consumption. Working with the Johns Hopkins Center for a Livable Future, he wanted to create a simple initiative that would not only help the environment but promote healthy living as well.

Using their combined knowledge, resources, and connections, the team created a web-based platform to share their ideas with the world.

And from there, Meatless Monday started making waves.

With the world facing an impending climate crisis and the obesity epidemic rampant in many parts of the world, the principles of Meatless Monday are perhaps even more relevant today than they were back in 2003. But the idea of cutting down on meat has roots dating even further back.

The surprising history of Meatless Monday

You could say that the idea behind Meatless Monday goes back over 100 years.

The first instance of people being encouraged to reduce their intake of meat was actually back in 1917 when the US entered WWI. It’s a well-known fact that feeding an army, especially one fighting in the largest war in history at that point, is no small feat.

The war, which had been raging for three years by the time the US got involved, had devastated European agriculture and industry. Not only did the Americans have to feed their own troops, but they also had to provide humanitarian aid to those already in combat.

The US government saw that sacrifices would have to be made back home in order to support the men on the front lines. So, under the leadership of Herbert Hoover and the new Food Administration, a plan for food conservation in the States was put quickly into place.

The slogan ‘Food Will Win the War’ was adopted, and US citizens were encouraged to cut back on certain foodstuffs in their daily lives. And yet, unlike the strict rationing programs that were employed in large parts of Europe, the US took a different approach. 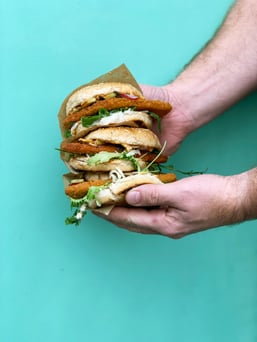 Americans were asked to voluntarily abstain from a variety of foods — namely meat, wheat, fats, and sugars. They encouraged the population to eat more fruits, vegetables, and other perishables that didn’t have a long shelf-life and couldn’t be transported easily to Europe.

The country really rallied behind this non-compulsory program. It’s reported that 70% of American families pledged to reduce their food intake during this time, along with many hotels and restaurants. This had a huge effect, saving a significant amount of food that could be sent directly to the front and to those who needed it most.

At a similar time, the US government introduced other ideas to help nudge citizens into changing their eating habits and conserving food. One of these was the concept of ‘-less days.’

The Food Administration drove campaigns for ‘Meatless Tuesdays’ and ‘Wheatless Wednesdays.’ By giving people a clear — but non-compulsory — structure to follow, more and more participants took part and saved more food for troops.

This was the true beginning of Meatless Monday as we know it today.

Food science was still a new discipline back in 1917, and, interestingly, the push to cut down on meat was not done to promote the health and well-being of those participating. Quite the opposite, in fact.

The US government, and indeed most citizens, thought that red meat and white flour were necessary for a healthy diet and a strong body. This meant that diverting these food types to the front line was deemed essential for the army.

This idea, coupled with the complex logistics of transporting fresh produce, led the government to encourage civilians to eat more fruits and vegetables, leaving heavier foods for those at war.

The fact that cutting back on meat would improve a civilian’s diet was far from front of mind; the health benefits of Meatless Monday weren’t really talked about until Sid Lerner entered the scene.

Nowadays, we know that reducing our intake of red meat, in particular, comes with numerous health benefits.

Eating too much red and processed meat has been shown to increase the risks of bowel cancer and heart disease, which is the leading cause of death in the US. It can also drive up cholesterol and comes with food hygiene risks to boot.

The less meat you eat, the more fruits and vegetables you fill your plate with instead. Along with being chock full of vitamins, minerals, and phytonutrients, a plant-based diet has also been shown to reduce incidences of cancer and heart disease. A diet high in fresh fruits and veg can even protect your brain!

Did people know about climate change when Meatless Monday started? 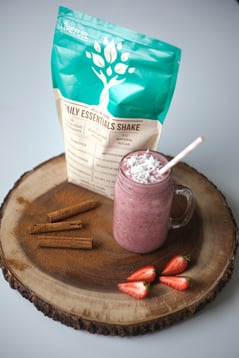 The science was still in its infancy, however, and the US understandably focused more on war-time efforts than climate activism in the first half of the 20th century.

This means that, like the health benefits of meat-free Mondays, the environmental opportunities weren’t a key part of Meatless Monday’s history either.

Today, the now know that methane is one of the main gasses causing this warming. Methane is produced in large amounts by agricultural processes, in particular, the rearing of livestock.


For a budget-friendly way to support Meatless Monday, the Monday Campaigns website has a range of official marketing resources — all available for free.

Here, retailers can get their hands on the resources required to run their own campaigns in-store, including ready-made graphics, social media post examples, and many other marketing tools.

There’s also the 12-week Meatless Monday Challenge that can be used to engage customers with weekly emails to help them to introduce more plant-based products into their daily lives.

2. Incorporate Meatless Monday as part of your brand

Stores with their own branding to uphold may not want to use the Meatless Monday free materials. But there are still plenty of ways to take advantage of the trend.

We have a handy blog post over on our LinkedIn packed full of tips and tricks you can employ to make the most of Meatless Monday, these include:

3. Remember the ethos of Meatless Monday

Don’t be surprised if your Meatless Monday campaign really takes off.

For many shoppers, the opportunity to buy ethical and sustainable goods on promotion will keep them loyal to your brand. And yet, these types of ethical campaigns should be handled with care.

It just goes to show that, for many, a more sustainable diet is not just a fad but a way of life. This can be a powerful marketing tool to help differentiate your brand. However, as they say, with great power comes great responsibility!

Environmentally-conscious and healthy eating is a choice that may be closely tied to customers’ personal identities and ethics, so it is important to fully embrace and align your brand with these ideals when integrating Meatless Monday into your marketing strategy.


Here at Buffalo Market, food that’s good for you and good for the earth is at the heart of everything that we do. We don’t just sell these ideals — we live them, too.

If you are looking to run a Meatless Monday campaign in-store, Buffalo Market is the perfect partner. We’ll not only bring best-selling products into your store, but we’ll also help you merchandise them successfully and take your brand to new heights! Get in touch to start working with us today.